The Return of The Bear

After several unconfirmed sightings of the animal in recent months, Portuguese authorities have said that a European brown bear (Ursus arctos arctos) has been spotted in Portugal for the first time since the species was hunted to extinction.

The regional authority of Castela e Leão alerted local residents of the bears’ presence after sightings were first reported by the Lusa agency, saying that ‘This is the first time in two centuries that brown bears have been seen in Portugal, and we have worked closely with our Spanish counterparts to monitor its movement’. 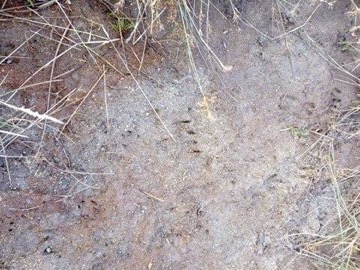 The director of the Instituto da Conservação da Natureza e das Florestas (ICNF), Portugal’s national conservation organisation, has said that ‘this is a classic example of a species dispersing across a wide geographical range. The individual has come from a dense population of bears found in the Cordilheira Cantábrica region’.

The bear is believed to belong to a subpopulation of bears in Spain which has in recent months dispersed and expanded its range in search of new territory. Adult bears can grow up to 1.5 metres in length and males can weigh up to 200 kilograms. 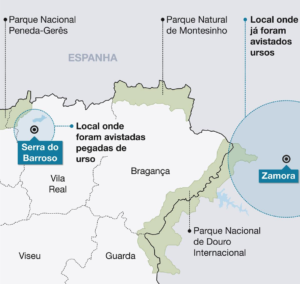 The Return of the Brown Bear

The return of the brown bear in Portugal is a tremendous triumph and a good signal of progresses made in ecological restoration, as the last known individual died in 1843.

Local ecologist Armando Loureiro has said that “The return of a carnivore to Portugal represents a significant improvement in resorting food webs in the landscape, and with an estimated 300 resident bears living in the Cordilheira Cantábrica region this process is only likely to further improve in the future’.

In the long term, ICFN hopes that this bear and future individuals will soon create Portugal’s first resident population in two centuries, improve functional ecosystems in the landscape and support growing demand for wildlife tourism in the country.