The word itself dates back to the 1980s but gained real traction in the late 1990s. This was under Michael Soulé’s and Reed Noss’s three C’s – Cores, Corridors and Carnivores. They suggested we needed core habitats, such as national parks, linked up via ecological corridors of viable habitat, and keystone species, primarily carnivores, driving trophic cascades (indirect ecological interactions that can alter entire ecosystems).

The rewilding of Yellowstone National Park is perhaps the most famous example of this on a vast, landscape scale. Here wolves were reintroduced and a vast ecological corridor was set up to link Yellowstone with Canada’s Yukon National Park. While this is probably the most famous example, rewilding has been happening in different ways across the world for decades. In Europe, this has largely focused on the reintroduction of free-roaming, grazing animals. This is due to limitations around human population densities preventing the reintroduction of carnivores. This includes pioneering projects such as Oostvaardersplassen in the Netherlands, Bison reintroductions across Europe or Knepp Wildland in West Sussex.

How the ‘Three C’s’ have evolved

In response to the limitations of high population densities of humans in Britain and some parts of Europe, the IUCN Commission on Ecological Management’s Rewilding Task Force has suggested an alternative three C’s model: Cores, Connectivity and Co-existence. Here, Cores play much the same role, while Connectivity is expanded to include not just the ecological connections, but also the connection between people and nature. Carnivores have been dropped in their model, not because of a lack of value. But instead, to emphasise the need to accept living alongside nature in a way we have not done for a very long time.

In the UK in particular, we believe this model is wholly appropriate. It is required if rewilding is to successfully bring about landscape-scale benefits. Common to all rewilding, however, is looking to the past to inspire management decisions for the benefit of wildlife. While this can be criticised for trying to create a landscape that no longer exists, we argue the opposite. It is about taking inspiration to work with current conditions to create a new, prosperous future for humans and wildlife. At Citizen Zoo, we believe there are five core principles of rewilding. 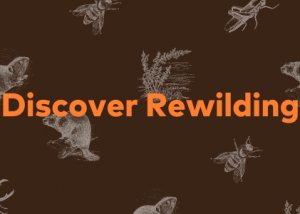